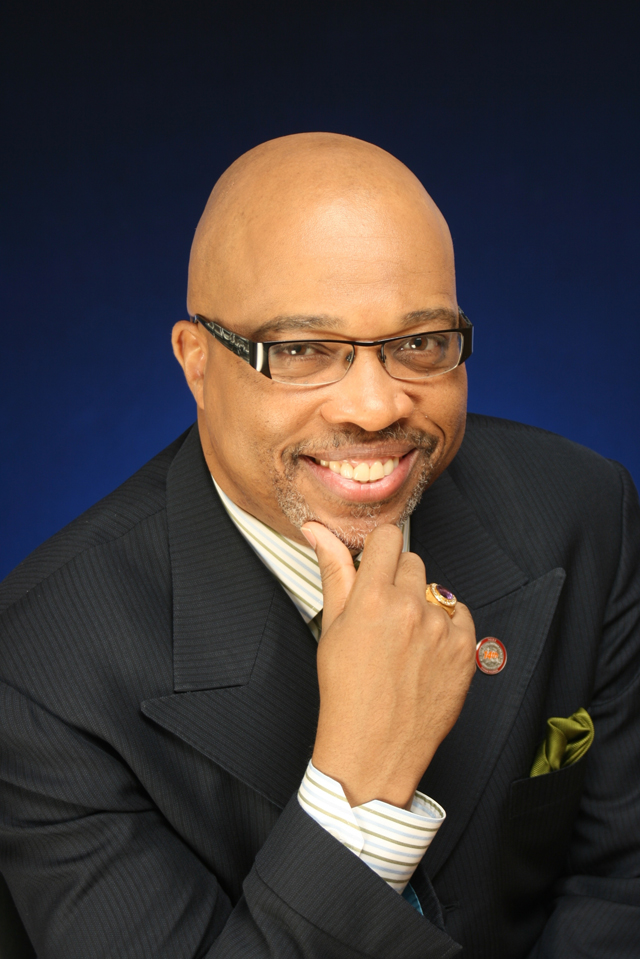 MICHAEL VERNON KELSEY, SR. is a native Washingtonian. His early religious upbringing was under Pastor L.B. Jones, Sr. at Springfield Baptist Church. He accepted Jesus Christ as Lord and Savior on March 31, 1977 and was licensed to preach the Gospel shortly thereafter. Bishop Kelsey received his Bachelor of Arts Degree from the University of Maryland in College Park and went on to receive his formal theological training at Virginia Union University School of Theology in Richmond, Virginia. There he earned the Master of Divinity Degree, Magna Cum Laude. Bishop Kelsey has also earned a Doctor of Ministry Degree from The United Theological Seminary in Dayton, Ohio. He later continued his postgraduate studies at Oxford University in Oxfordshire, England.

During the past four decades, Bishop Kelsey has pastored in multiple locations, including two churches in the Richmond, Virginia area. For the past twenty-eight years he has served as the Senior Pastor of the New Samaritan Baptist Church (NSBC), one of the leading churches in the Metropolitan Washington, DC area. Bishop Kelsey is committed to being a change agent on multiple levels, locally, nationally, and internationally. His appointment by former Mayor Anthony Williams as Chair of the Mayor’s Interfaith Council of Washington, DC, as well as close partnerships with city officials to address issues of crime prevention and economic development in Ward 5 have been a hallmark of his proactive commitment to change.

A regular invitee to significant White House briefings during President Obama’s administration, Bishop Kelsey’s voice has been heard by policy makers on a variety of national concerns. He is a collaborate leader with Compassion, International, supporting programs that promote the health, wellness, education, and spiritual development of disadvantaged children in 25 countries around the world. During the current COVID-19 pandemic, he is playing an instrumental role, in partnership with the Department of Health and other agencies, to ensure accessible vaccination services and support programs for the disenfranchised.

Known for his integrity and emphasis on order, Bishop Kelsey was appointed as the former State Bishop of the Full Gospel Baptist Church Fellowship of Washington, DC (2000-2011) under the leadership of Bishop Paul S. Morton, Sr., Founder, who is his spiritual father. He currently serves on the Cabinet of Full Gospel as the Executive Treasurer under Bishop Joseph Warren Walker III., International Presiding Bishop.

Bishop Kelsey is the founder and CEO of Michael V. Kelsey Ministries which has an international scope. He has ministered the Word of God in many foreign countries, including Ghana and Liberia in West Africa, the Ukraine in Eastern Europe; the Sea of Galilee in Israel; Havana, Cuba; London, England; Ramstein, Germany; and Kingston and Montego Bay, Jamaica. Bishop Kelsey’s wife, for over 40 years, is the former Sheila Bowens. She is an ordained Elder, gifted preacher and teacher, and has founded many new and thriving NSBC ministries. Together, they have three sons – Pastor Michael Jr. (wife Ashley, daughter Ava, sons Michael III and Jackson); Kevin, and Eric who each have a heart for God and for the work of the ministry.